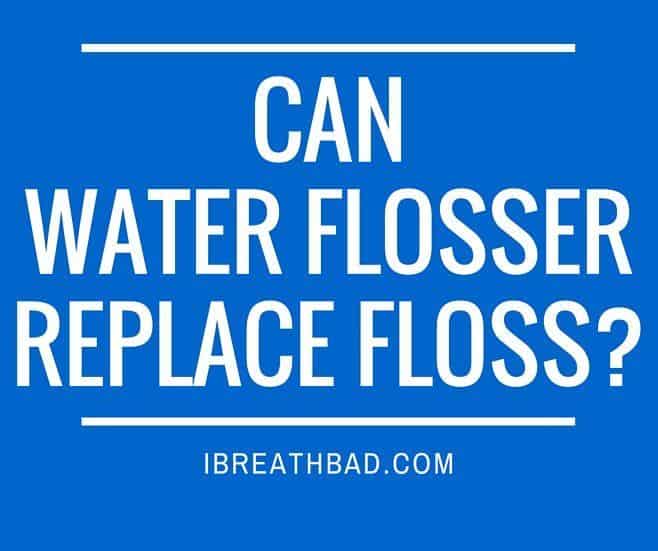 Interesting question, can water flossers replace floss? It is extremely imperative to practise good oral hygiene to stave off gum disease and cavities that can cause tooth loss. Healthy teeth not only help you to feel and look good, they make it possible to speak and eat properly.

The American Dental Association suggests brushing your teeth at least two times daily, and cleaning between your teeth in order to remove food particles and bacteria that your toothbrush cannot reach. Today, there are endless products available on the market for maintaining good oral healthcare at home.

One such product on the market that has recently skyrocketed in popularity is the use of a water flosser. It basically works by blasting water through the teeth with an objective to remove bacteria and debris from the farthest corners of the mouth.

So now the question is can water flossers replace floss?

Well, the answer is YES!

Lets look at the question in more detail:

Here are some of the reasons:

Water Flossers are extremely effective for rough and tight spaces between your teeth. According to a research at the University of Amsterdam, it was found that they are twice as effective at cleaning as floss.

In addition to this, they can scrape down and up the sides of your teeth.

The mechanical nature of flossing can be hurtful. It can be annoying for those who have sensitive gums, and may lead to bleeding. On the other hand, water flossers are extremely gentle on your gums, and they are also less likely to cause bleeding.

The study at the University of Nebraska also showed that water flossers are more effective at warding off plaque than flossing. This is extremely imperative because if plaque is not properly removed from your teeth it can become tartar.

This, in turn, can pose risk for the initial stage of gum disease, known as gingivitis.

People with diabetes are at a greater risk of dental disease and have more serious gingival inflammation. Such patients who used water flossers for over 3 months had a 43% reduction in bleeding, and a 40% reduction in gingivitis over others who did not use them.

Water flossers are quite gentle and safe to use around orthodontic implants and appliances. Keeping braces clean can be a daunting and challenging task. However, water flossers make it easier.

Adolescents who used them regularly for a month had three times reduction in plaque as compared to those who opted for floss. In addition to this, they had a 7% reduction in bleeding from baseline, which was 25% better than flossing and brushing, and 52% better than brushing alone.

Studies have shown and proven that water flossers can be a better alternative to floss. And also, if you have fixed bridges, you will notice that regular use of water flossers will make your food taste better, your breath smell fresher, and your bridges last longer.