What Are The Benefits and Risks of Using a Mouthwash 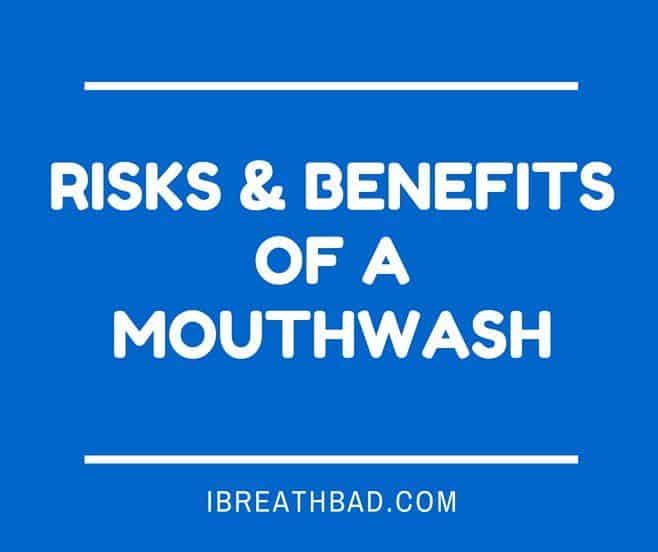 So, what are the benefits and risks of using a mouthwash? Many people believe that mouthwash is useful only for making your breath smell minty. However, researchers have found out that mouthwash is more than just a breath freshener.

Brushing and flossing are the best ways to avoid oral diseases. But if you add mouthwash to the equation, then you are bound to have healthy teeth. Mouthwash plays an important role in the fight against tooth decay and increase the health of your teeth and gums for a lifetime.

Benefits and risks of using a mouthwash

We will now take a look at the pros and cons of using mouthwash, what you need to be aware of and exactly what it can do for your dental hygiene. There is more than enough information on the Internet to make your mind up, but we have brought all of this information together in one place.

It freshens your breath

The primary benefit of mouthwash is obviously to reduce bad breath. It kills the bacteria causing bad breath. Mouthwashes come in a lot of flavors and leaves you with minty breath.

Regular use of mouthwash prevents the formation of cavity, especially when done before or after flossing. The fluoride present in mouthwashes strengthens your enamel and reduces the chances of a cavity forming.

However, not all mouthwashes contain fluoride. So, before you buy make sure that the mouthwash has fluoride in it.

Plaque build up is a very common problem that forces you to take a dentist appointment. Mouthwashes prevents plaque build up on your gums, in-between teeth and on the surface of your teeth.

Mouthwash can prevent it, but cannot eliminate the already existing plaque. So make sure to brush and floss to prevent the formation of plaque, before it becomes a problem.

Most people use mouthwash only after brushing. But, if mouthwash is used prior to it, it can get rid of the small particles that gets stuck between your teeth.

Rinsing at the end can also help with pieces that the floss or toothbrush failed to reach.

Brushing and Flossing helps to remove particles, scrub away plaque and also strengthens the gums. But, they are not very effective in killing the germs and bacteria that are present in your mouth.

By using good quality mouthwashes, most of the germs and bacteria are killed on contact. Thus, it helps in the prevention of oral diseases that are caused by influx of bacteria, such as gingivitis.

What Are The Risk of Using a Mouthwash?

If the alcohol content in the mouthwash is high, then it may irritate the canker sore more than helping it.

Oral cancer: There have been many debates regarding the chances of a mouthwash causing oral cancer.According to studies, if the alcohol content is high then it may cause cancer. Although it is unlikely, but is still a risk.

May increase your blood pressure

According to a Swedish study, mouthwashes may raise your blood pressure by killing off bacteria that help blood vessels relax.

Although there may be some risks associated with the use of mouthwash, but the pros outweigh the cons. Mouthwash has these awesome benefits that brushing and flossing can’t handle alone. Adding mouthwash to your oral routine will give you that extra bit of protection and also leave you with a fresh breath.

So there we have it, the pros certainly outway the cons when looking at the benefits and risks of using a mouthwash. Always good to be informed!