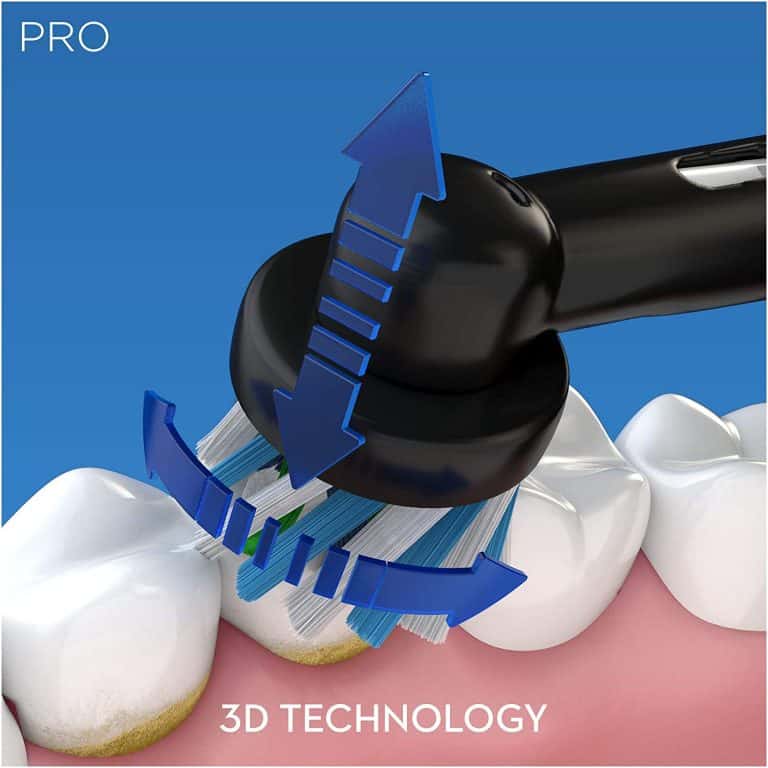 It is too easy to simply say that an electric toothbrush will remove more plaque than a manual toothbrush. How and why?

When you see the huge difference in speeds between a manual toothbrush, electric toothbrush and sonic toothbrush, this puts everything into perspective. So, now we can take a close look as to why different toothbrushes are better at removing plaque.

As you vigorously brush your teeth with a manual toothbrush, you know in your heart of hearts you are not reaching the more difficult areas. Yes, you may well be able to adequately clean the more visible elements of your teeth but in the recesses of your mouth, it can be a very different situation. An electric toothbrush will mimic what you do with a manual brush but only much quicker. This ensures that plaque is removed in much larger volumes, protecting your teeth and most importantly the enamel coating. 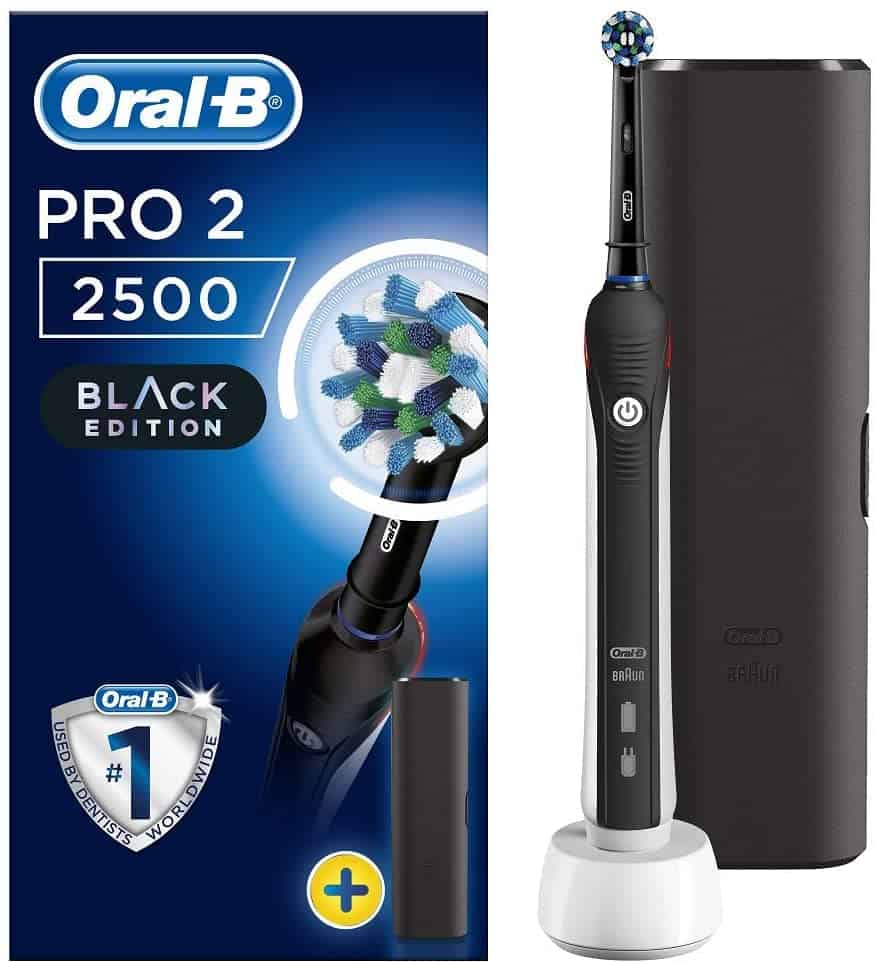 Due to the speed at which electric toothbrushes revolve, they only require a relatively small head compared to a traditional toothbrush. This is one of the benefits, the ability to reach those areas almost impossible to reach with a larger headed manual toothbrush. Even the merest brushing of the surface of those hard to reach teeth with an electric toothbrush will loosen plaque and help improve dental hygiene.

It is not difficult to understand that the majority of tooth decay tends to occur in the far-reaching areas of your mouth. Those areas which aren’t cleaned on a regular basis, they are often simply unreachable with a traditional manual toothbrush. As an electric toothbrush, let alone a sonic toothbrush, will revolve more than 10 times the speed achievable with a manual toothbrush, the benefits are there to see. Even though electric toothbrushes do look cumbersome, they are designed in such a way as to be easy to hold, easy to move and, due to the relatively small brush heads they can get into those difficult places. A big benefit!

How often have you used a manual toothbrush and just rushed through your brushing process? You know you should brush your teeth for longer but you are in a hurry, running late for work and you can always “do it later”. The modern day electric toothbrush will often come with a built in timer which has two benefits.

Secondly, many electric toothbrushes will include a timer which will time how long you use your toothbrush. The standard guidance is that you should brush your teeth for about two minutes twice a day to ensure both dental health and dental hygiene. So, once you have hit that two minute mark with your electric toothbrush, you will be alerted.

There is nothing wrong in brushing your teeth for more than two minutes each time, but you need to be aware of over brushing and potentially damaging the enamel/gums.

While many people will at some point in their life experience bleeding gums, sometimes used as a means of releasing infection, it is not comfortable. As we touched on above with the timing mechanism, an electric toothbrush has a useful alarm telling you when you have hit the two minute level. This should be taken as a warning that you are potentially in danger of over brushing your teeth and damaging your gums if you continue.

If we look at the basics, your gums offer protection for the vast majority of your teeth, hidden under the surface. If this protection is slowly eroded, whether by receding gums or bleeding gums, it can have long-term consequences. When you start using an electric toothbrush for the first time it is easy to over brush your teeth. However, slowly but surely you will begin to appreciate the huge increase in rotation speed. It is also important to read the instructions provided by the electric toothbrush manufacturer to get the best out of the product.

Like many areas of everyday life, what seems like a relatively innocuous shape for your electric toothbrush, is something which has evolved over the years. The extended stem, relatively small brushing head and the easy to hold handle are all perfect. They allow you to brush not only the visible areas of your teeth but those hard to reach recesses.

Very often with a manual toothbrush you are not certain by touch alone whether you have reached a particular area. This is not an issue when it comes to an electric toothbrush. Due to the high-speed rotating head you will know instantly when you have hit a particular area of your teeth. If it is an area which has remained relatively untouched, when using a manual toothbrush, you will literally feel the plaque/food residue being released.

So, we have the relatively small electric toothbrush head, long thin stem to reach into the recesses of your mouth and the sturdy base which you hold. Simple to look at but this has taken years of evolution.

While an electric toothbrush is a useful means of brushing your teeth, it will also to a certain degree assist with increased blood flow. Due to the massaging and stimulation of the teeth and gum area, this encourages increased blood flow which also helps to improve/maintain good dental hygiene. When using a sonic toothbrush, there is an even greater increase in blood flow!

One of the main challenges of bad breath is the fact that the sufferer is often the only one who is unable to smell it. As a consequence, when we brush our teeth there is an added responsibility to do it properly. The use of an electric toothbrush, and to an even greater extent a sonic toothbrush, will have a huge impact on your overall dental hygiene. Why?

The simple fact is that anything revolving at a faster rate than a manual toothbrush will remove more plaque and food residue. We know that food residues are the particles which create bad breath and have a significant impact on dental hygiene. Think of it this way, if you place food residue in your bin then after just a few hours it will start to smell and after a few days it will be rancid. Well, imagine food residue stuck between your teeth or gums which goes untouched. Now imagine the fluids and the foods that you eat each day on a regular basis.

It is not difficult to see how bad breath can quickly emerge and cause a whole host of social issues for the individual.

Using Bluetooth with your electric toothbrush

When you saw the heading Bluetooth and an electric toothbrush you probably wondered where and how these two can combine? You will be amazed!

Many of us would be lost without our smartphones, so when looking to improve tooth brushing techniques/habits and overall dental hygiene, it makes sense to bring the two together. As a consequence, many people have been attracted to electric/sonic toothbrushes which offer Bluetooth services. So what exactly can you expect?

The use of Bluetooth services can significantly help your brushing technique as it will:-

All you need to do is download a very simple app onto your smartphone. This will hook up with your electric/sonic toothbrush and monitor your brushing habits. As historic data is stored, you can compare and contrast your brushing technique today to that of yesterday, last month, last year, etc. There is no point in spending the statutory 2 minutes plus brushing your teeth if you simply aren’t doing it correctly. 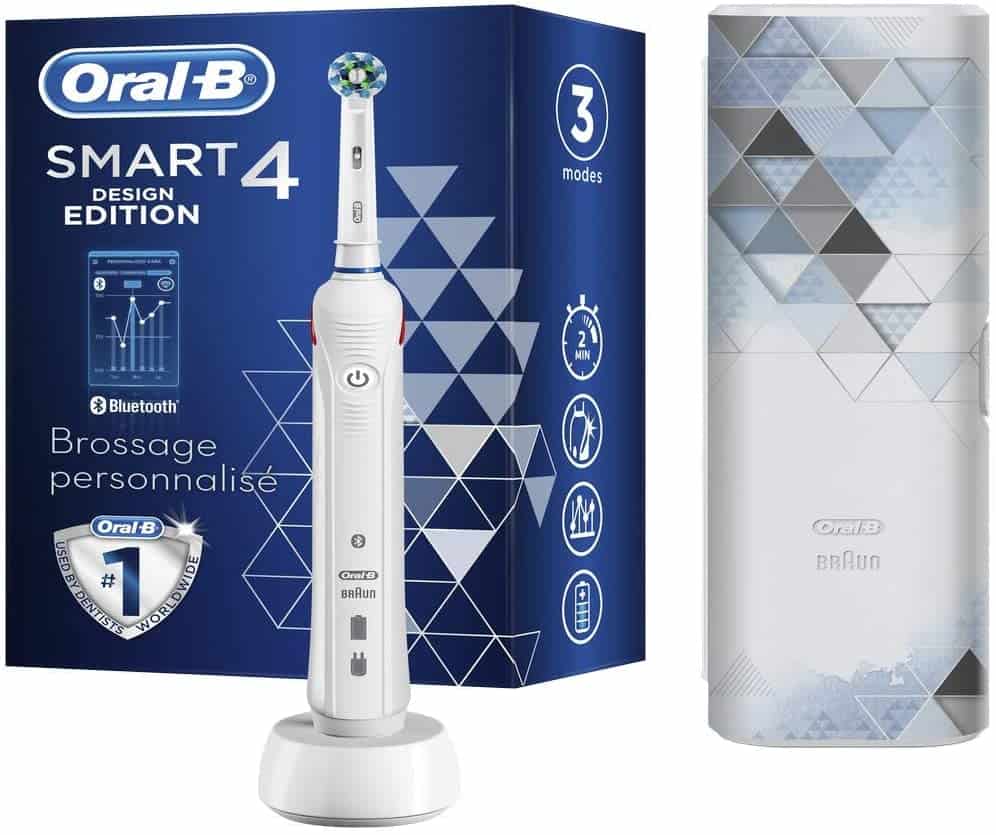 The days of simply brushing your teeth for two minutes, and thinking you have done the job, have gone. You can now track via a teeth map where you have been, how long you spent their and ways in which you can improve your brushing habits. There is no escaping now! 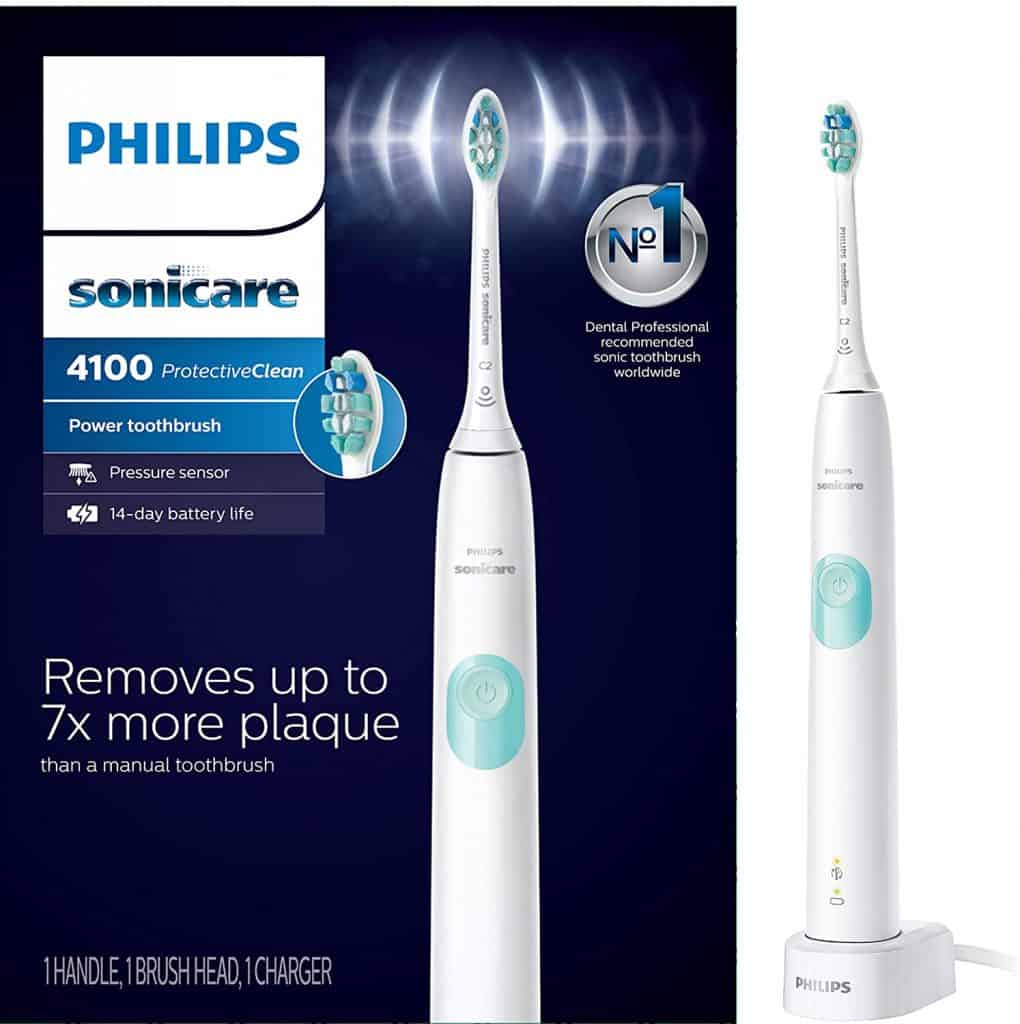 There’s no doubt that an electric toothbrush is far more efficient and much better for your dental health than a manual toothbrush. However, the brushing style of a sonic toothbrush is on a different level. While the feeling on your teeth is much gentler, the cleaning power due to the energising of water molecules is much stronger. As a consequence, this helps to avoid over brushing and bleeding gums.

It is difficult to put a price on dental hygiene and your long-term dental health. Compared to a manual toothbrush, which many of us will replace far later than we should do, there are huge health benefits when using an electric toothbrush or sonic toothbrush. As you will see from the cost of electric toothbrushes, a starter product will often be priced in the region of £20. There are obvious mod cons such as Bluetooth services available to those electric/sonic toothbrushes at the premium end. However, these are not necessary for everybody.

You will also notice that due to the relatively inexpensive “starter electric/sonic toothbrushes” these are the kind of items that you can buy for your children. If you can encourage your children to maintain their dental hygiene from an early age, they will have a better chance of retaining their teeth in the long-term.

Tooth decay is a major problem not only in the UK but around the world. We all know the warnings, the food and drinks to avoid. How many of us actually take notice?

Overall benefits of an electric toothbrush

The ability to not only remove plaque but also clean food residue from some of the hard to reach places of your mouth, can make a huge difference to your dental health. We only get one set of adult teeth in our lives, it is important that we keep them.