Why Using A Mouthwash Is Necessary: Know The Reasons 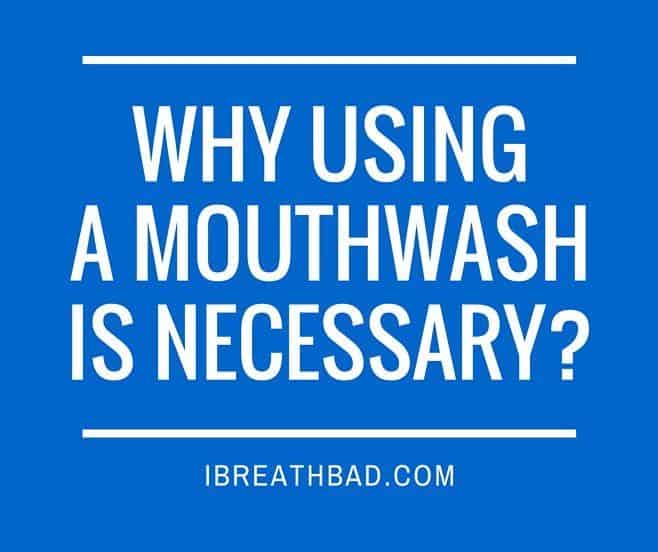 So you are admiring that fine fresh breath and white teeth? You probably know why using a mouthwash is necessary then?

Then you need to include mouthwash in your dental health care. Though most mouthwash advertisement targets kids, it is very helpful to adults too.

Apart from flossing and brushing, mouthwash is another suitable way of keeping your breath fresh all the time.

While brushing only cleans the surface of your teeth and flossing removing the common bacteria, mouthwash is capable of reaching the back of your mouth and surfaces to remove hidden particles and bacteria.

You should take at least 2 minutes brushing, flossing and using a mouthwash. The whole process may seem to be a lot of work, but it is what you have to undergo to achieve an awesome breath and a healthy mouth. You should not just brush once in the morning and call it a day.

Most dentists recommends that you brush at least twice a day and floss at least once and use a mouthwash. Using mouthwash before brushing makes the flossing and brushing more effective by rinsing out loose particles in the mouth.

Apart from good breath, mouthwash relieves you of other oral problems like gingivitis and tooth decay as well as maintaining healthy gum and teeth. Mouthwash gives you that minty fresh breath.

There are several varieties of Mouthwash that you can choose from based on the flavor and taste.

Nowadays most mouthwashes contain artificial concoctions that have sweeteners for great taste.

Did you know that bad breath is caused by a certain bacteria living in our mouth?

Actually, it is a common bacteria and everyone has it.

Mouthwash works by diminishing the bacteria by reducing their number hence temporarily reduces bad breath. Most of the time you feel uncomfortable talking to your friends if you have a bad breath.

Typically, this denies you opportunities of freely interacting with your buddies. Mouthwash ingredients such as chlorine dioxide and zinc neutralizes the smelly compounds that pile up in the mouth.

Mouthwashes also prevents the building up of plaque in your gums, teeth surface or between your teeth. Plaque is a yellowish film of bacteria that forms in your teeth due to unremoved food particles in your teeth.

However, as much mouthwash is capable of preventing plaque build-up, it can’t reduce the plaque that is already existing in your mouth. This means that you shouldn’t just rely on mouthwash only, consider brushing and flossing too.

Normally, plaque contains variety of species of bacteria which can cause gum disease. Typically, they create inflammation which breaks up the tissues and the bone holding the teeth in their positions.

Prevents formation of cavities. Regular use of mouthwash before and after brushing and flossing reduces chances of cavities forming in your teeth. Cavities are mainly caused by Plaques. Some mouthwashes contain fluoride that strengthen your enamel and prevents cavities from forming. Here’s our list of best anti-cavity mouthwash.

It is important that you check the label of the mouthwash before purchasing. This is because not all mouthwashes contain fluoride.

In conclusion, combined with flossing and brushing, the use of mouthwash is a great way of achieving good oral health. Recent researches have shown that mouthwash can go a long way in assisting to reduce harmful substances in the mouth. So now you know why using a mouthwash is necessary…..it ticks all of the boxes.