How Often Should You Change Your Toothbrush? 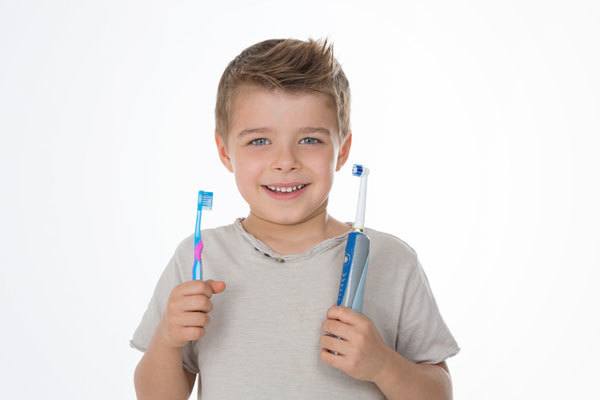 Majority of the people wake up in the morning and reach for their toothbrushes without even checking to see if there is anything hanging from the bristles.

Most people hate waking up very early in the morning and when they do they perform tasks halfheartedly, cursing the world why it is that they have to get up so early.​They don’t bother to check their toothbrushes to see if they are clean enough.

The assumption is usually that they are as clean as when they left them during their last brushing routine.

That is not always the case. Toothbrushes can become contaminated with several micro-organisms whenever we place them in our mouths. Many people also do not replace their toothbrushes regularly yet there are several reasons why that should be done.

How often should you change your toothbrush?

Most dentists agree that you should change your toothbrush at least every three months. Usually after three months of normal wear and tear, the bristles are much less effective because they become weak.

They thus cannot remove plaque from gums and teeth as effectively as new ones would. It is assumed that most of the toothbrushes would become ineffective after three months of using.

It would then be necessary to change it and get a new one.

Like every other machine, a toothbrush will wear faster or slower depending on how you handle it. There are those who have a heavy hand and their toothbrushes are likely to wear out even before the three months period.

You are therefore required to use your judgement and decide that it is time to get a replacement.

If the bristles are no longer firm and have lost their original shape, it’s time to change your toothbrush. Don’t wait for the three-month period to run out because then you will be setting yourself up for mouth infection and other conditions associated with not properly cleaning the mouth.

Whenever someone uses your toothbrush you should always throw it away and buy a new one, even if that happens twice in a week!

Sharing toothbrushes is never recommended and it doesn’t matter how good the condition is, just toss it away. Since we can never know the kind of infections or health conditions that others have, we should never put our own health at risk by sharing a toothbrush.

The answer to the question of how often you should change your toothbrush is therefore determined by several factors.

The normal wear and tear allows you to change it every three months but there are different scenarios as we have seen that may require you to do it more frequently.

Those who keep on misplacing stuff including their toothbrushes should also replace them as soon as they discover they are lost. Sharing is never allowed so you definitely have to get your own.​

Why is it necessary to change your toothbrush regularly? 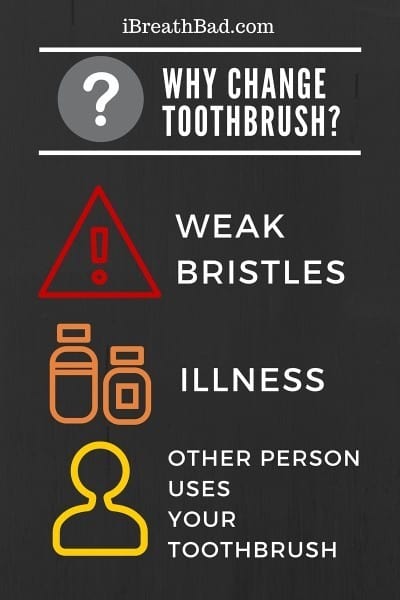 What are the RISKS of not replacing your toothbrush?

When you don’t replace your toothbrush as you should, you may have several health complications. A worn out toothbrush may not brush your teeth and gums effectively leading to tooth decay and mouth odor. This is because the bristles are worn out and are not as effective. The incubating bacteria and fungus on your toothbrush are also a health hazard and may cause infections.Not replacing your toothbrush when another person has used it can lead to the transfer of bacteria which may also cause tooth decay.

When to replace your toothbrush heads?

The are also several other reasons as we have seen earlier that necessitate the need to change your toothbrush head. Those factors also hold for electronic toothbrushes.

A toothbrush is a very personal cleaning item that should be well taken care of. It should always be washed and properly stored to keep it away from germs and bacteria. Most people use their toothbrushes for far too long, in the process exposing their mouths to possible infections. Everyone should make it a habit to change their toothbrushes every three months or earlier depending on the necessity. It is the little things that we ignore which result into constant pain from toothaches or smelly mouths.